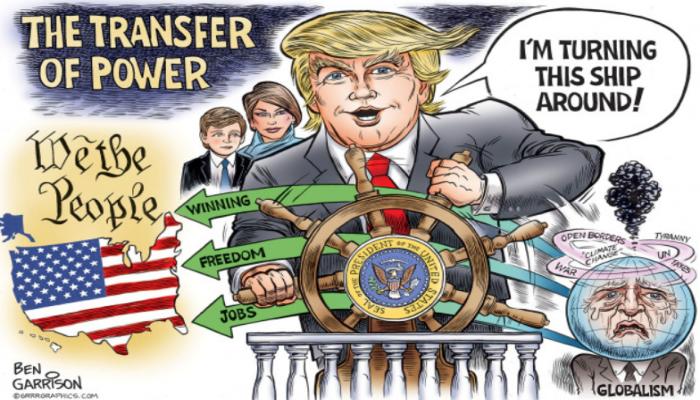 Collins English dictionary defines Trumpism as the policies advocated by Donald Trump, especially those involving a rejection of the current political establishment and the vigorous pursuit of American national interests. I find that to be the most accurate definition.

What democrats fail to recognize in their daily pursuits to impeach Trump is that Trumpism will last long after Trump is gone. It isn’t about Trump. Many Americans are sick of status quo in our government and Trump was simply a tool to bring it to light. Frankly, whether you like him or not, I believe he is the only one who could have done it. Democrats have been in charge of the megaphone for far too long and they are quite threatened by losing this platform. Trump is a populist and is connecting with everyday Americans who feel that mass immigration and leftist mentality are overtaking America’s founding principles that made America the country that everyone wants to come to for a piece of the pie.

What is so baffling is why leftists and illegal immigrants would want to change it so drastically. I think it hinges on emotion and hurt and anger from the past. Sure, America had it’s growing pains but America was also responsible for ENDING slavery and for civil rights so that every American no matter what race or gender now has a chance at success. Slavery, I might add, is STILL alive and well in many Islamic countries. Where is the outrage?

So why are Democrats still so angry? Revenge? Well, the problem with that is…the people who enslaved and held the Black man down are dead and gone. Conservatives like me today never owned slaves and most of us were raised in a non-racist home. Civil Rights happened before most conservatives of today were even born. I am sorry to tell you, Democrats, but I do not have to pay for your hurt about the historic actions of our country that were corrected.

You are fighting us “trumpists” but we aren’t going anywhere and when you continue your daily attacks of Trump, you are attacking Americans who believe in its exceptionalism and refuse the globalist policy that takes away from our sovereignty. Sorry if you don’t like it, but we are here. A better choice would be to see where you can agree on Trump policy and start believing in politicians who work for the people again. The Deep State is quite entrenched but Americans are awake now, I think, for the first time.

Bigger federal government only leads to less freedom. Let’s get back to individualism and working in our own little microcosm for change. Can you imagine what a better world we would have if we worked for changes in our own towns and states?