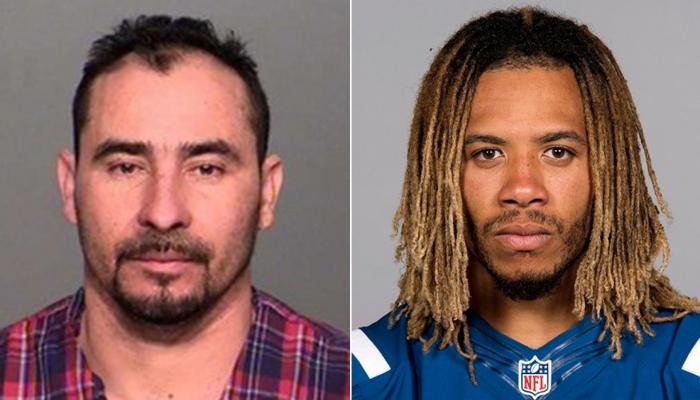 You probably know that Indianapolis Colts player Edwin Jackson and his Uber driver Jeffrey Monroe were mowed down and killed last Sunday in Indiana.

You may even know that the driver who killed them is Manuel Orrego-Savala, an immigrant from Guatemala. But if you watch network news, you could be unaware that Orrego-Savala is a twice-deported illegal immigrant who was without a license and whose blood alcohol level was three times the legal limit.

According to the Media Research Center, NBC’s “Today” ignored the story. And when CBS finally got around to mentioning the killer’s illegal status two days after the crash, its intrepid reporter warned against “politicizing” the death. Heaven forbid!

Meanwhile, pundits and immigration activists started the usual caterwauling, saying this was a tragedy that says nothing, nothing at all, about illegal immigration.

A little more about that Uber driver: Jeff Monroe was 54 years old, married, described as “a guy who would go out of his way for anybody.” He had worked for the same company for 20 years and was driving to put away some money so that he and his wife could perhaps attend the 2020 Olympics.

A little more about the Colts linebacker: Edwin Jackson was just 26 and a very unlikely NFL star. He was an outstanding high school wrestler but received nary a college football scholarship. So he walked on at Georgia Southern, wound up leading the team in tackles, and was voted captain by his teammates.

Following a similar pattern, Jackson was not on the radar of any NFL team and was ignored in the draft. Instead, he tried out as a free agent and eventually wound up as a starter with the Colts. He was a much-loved man who beat the odds time and again.

Then there is the villain: 37-year-old Manuel Orrego-Zavala was convicted of drunk driving in California in 2005. He was deported to Guatemala in 2007 and again in 2009, ordered not to return to the USA for 20 years.

To the surprise of absolutely no one, Orrego-Zavala defied that decree and wound up in Indiana. Just last year he was using an alias when he was convicted of driving without a license. Local authorities did not notify federal immigration officials.

The miscreant is now behind bars, facing both state and federal charges. One of his attorneys has reportedly complained that his client is “distraught and confused.” Of course, that’s far better than the status of Jeffrey Monroe and Edwin Jackson, who are are dead.

This crime, especially because one of the victims was a prominent athlete, will add fuel to the already inflamed debate over illegal immigration and crime.

President Trump declared it “disgraceful” that an illegal immigrant was again responsible for a death. For the president and immigration hawks, this is more evidence of the need for a border wall.

On the other side, liberal Democrats claim these deaths had nothing to do with illegal immigration, ignoring the fact that the driver should never have been here.

TV talking heads frequently tell us that immigrants commit proportionately fewer crimes than native-born Americans. That actually may be true, but they intentionally and misleadingly omit the word “illegal.” People who came here legally from all over the world to join the American family are very possibly more law-abiding than born-and-bred citizens.

But illegal immigrants are a far different story. Those who break into the country are far more likely to engage in criminal activity here, be it gangbanging or drunk driving. Isn’t it simply common sense that someone willing to break the law to enter a country is more likely to commit crimes?

Far more important than mere numbers is a simple fact: Every single crime committed by an illegal immigrant, whether jaywalking or murder, would not have been committed if that person was not here, to begin with.

Just this week an interesting poll came out showing that the left’s propaganda has been extremely effective. According to a survey taken by Quinnipiac, only 17% of Americans believe “undocumented immigrants” commit more crimes than American citizens, while 72% feel otherwise.

Unfortunately, that is impossible to check because there is no national database tracking how many crimes are committed by illegal immigrants. But no sentient person can doubt that many Americans would be alive today if our borders were more secure.

We hear about the high profile cases like Kate Steinle and, now, Edwin Jackson. But thousands of other innocent Americans are dead and thousands of families are grief-stricken because we have porous borders and too many politicians and pundits like it that way.

Donald Trump is president in large part because he vowed to build a wall on the southern border. It is way beyond time to do that.

No, it will not prevent all illegal crossings, nor will it end all crimes by illegal immigrants. But had a wall been in place, it is likely that Manuel Orrego-Savala would not have been able to enter the country repeatedly. And it’s also likely that Edwin Jackson and Jeffrey Monroe would be alive today.

We are willing to lay odds on that.